It is a well-known fact that Bluestacks App Player is the best Android Emulator for both Windows PCs and Mac Computers. Even though Bluestacks has some tremendous features, it also has some downsides to it. 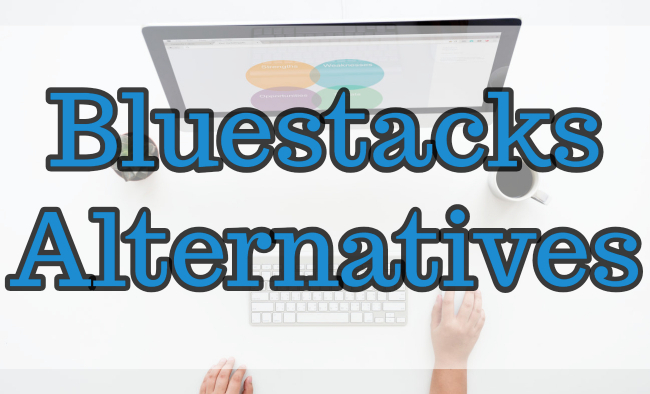 Let’s look at what are the best alternatives Android emulators for Bluestacks.

If you are looking for an alternative BlueStacks emulator, the Nox player, comes loaded with a ton of features. It is based on the Android 5.1.1. Lollipop. One thing that makes the Nox Player stand out from the rest is the root access feature. Nox Player is available for both Windows Laptops and Macbooks. This is actually my personal favorite.

Unlike android emulators that are designed for developers or BlueStacks that enables you to have a regular Android experience without optimization, the KoPlayer prime focus is on mobile gaming.  It is based on Android Kit Kat version 4.4 and features a simple installation process, unlike BlueStacks. You can download the koplayer here.

This is an android emulator that is based on the Android 6.0 Marshmallow. It replaces the OS of your PC and gives you an entirely new desktop experience. This emulator has a lot of features including native Google Play support as well as button mapping, signal strength manual settings and it is different from other emulators in that it is a very stable software. you can download Remix OS player for Windows laptops for free of cost. 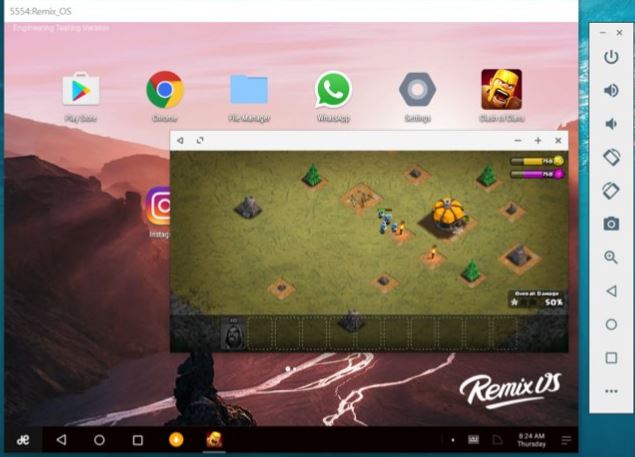 This emulator is easy to install and great for any game lover. MEmu is compatible and works well with AMD and Intel chipsets.

This is another Android emulator for Windows. It is light and easy to use allowing you to install your best apps on your PC. You can use the free version for a month to determine if it’s the kind of Android emulator that you want. If you like it, you can proceed and pay for it. This emulator supports both AMD and Intel CPUs. Also, the software supports Android Lollipop 5.0, Kit Kat 4.4 and JellyBean 4.2 and allows you to have three different Windows for three versions.

You may have heard of this emulator as it was launched just when BlueStacks had begun gaining popularity. It is a simple emulator that allows you to use the Android device as a game controller. It features multi-touch support that provides access to your local file system, sensor integration as well as app sync for mobile. The emulator is based on the Android JellyBean version 4.2.2.

This is a free emulator that supports advanced features like hardware acceleration and OpenGL. It emulates all Android apps and games on different Android devices. The installation process is natural, and you can choose the Android version to check the compatibility of an app.

When it comes to Android emulators, BlueStacks is one of the best, but as you have seen, there are still other bluestacks alternatives that you can use. BlueStacks is supported on both Windows and Mac, and the installation process is simple. With it, you can run your best Android apps on your PC and play games as well.

If you know any other good Android emulators for Mac os or Windows computers then do let us know in the comments section. So, I can share it with my readers.